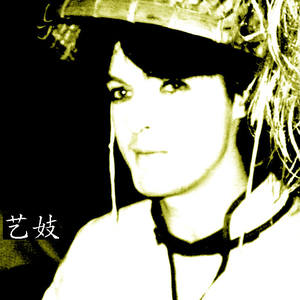 I am a Multi-platform artist (Geisha) .Making a dent in all the arts.
I stumbled into photography by taking photos of his ex pop singer wife, Cult artist 'Eleanor Rigby' and a number of images became iconic promo shots, posters and record sleeves. I was then approached by many others to do photos for them over the years and finally took it up professionally in the mid 2000's.
A number of his images were chosen for an exhibition 'The most iconic rock photography of the last 60 years' by Beat Pix/
I started to branch out into erotic photography which proved very popular and followed this by starting a new movement called 'Alien Art'.
Recently I collaborated with French painter Aurelie Freoua (aka 'Maiko The Muse') to create some ground breaking images in 2018 & beyond we released a number of limited edition signed canvases that can best be described as Photo-Art. Most can be found on this website. They have been selling very fast recently and prices on them are also rising. after my month long solo exhibition in Mayfair London. a ltd edition book of my photos & song lyrics sold out fast and became very collectible. As I have been a pioneer in the other arts I wanted to push boundaries in the art world and now do 'Sensory Art' this is a joint painting with my muse who is an established abstract painter (which many exhibitions & sales to her name) What we do is push each others buttons to create a host of emotions and both quickly paint them onto canvas creating a unique joint work. 6 one off paintings plus a 4D work feature on this site are reasonable prices but with an exhibition looming in the South of France when restrictions lift.

As I said I do all the arts and am the published author of 12 books.
However it was as a record producer/songwriter that he made his biggest splash and has had 400 tracks released worldwide. I am know for starting music trends like the 'Cult Themes' in the 90's and pioneered new music genres 'Pop Noir' & Ska Surf'. my latest band are Psykick Holiday.
A CD album 'Forever Pop Noir' is currently on release along with the download singles 'San Francisco/Lets go to San Francisco', Summer Wine & new release Sea of Souls.
Finally nearly everything I do including music has become very collectible and gone up in price (currently 20 times the original value) It looks like the photography and artwork will follow suit. I prefer people to get my work because they love it of course but art can be a good investment.

The School of Life.

I had a book out featuring my best photos and song lyrics. called 'Voyeurs Welcome' The ltd edition paperback sold out in 2 weeks and now sells as a collectible online for minimum of 20 times its original price. those into kindle you can check it out here.
https://www.amazon.co.uk/dp/B01M9HH8HE

A limited edition of Vol.2 of has been released recently

Also out are 4 novels 'Kidnapping Time' & 'Adventures of A Dark Duke;The Pin' and Mixing with The Unknown & Over and Over plus non fiction books imcluding
top 100 book 'Memories are Made of This' (The Ultimate Retro Pop quiz) Vol.1 & 2 at Amazon on Paperback & Kindle & Mod Memories are Made of This.
I mentioned in my intro I became a photographer by doing Icon shots of my popstar wife and in December 2020 I finally released a limited edition book of all these images plus rarities and stories behind them and these sold out in just one week.

Finally I have had many singles releases over the past year both as songwriter & producer. I also produced an album 'Cult Themes Forever' (the 7th and final album on a series of albums that made me famous as a record producer.
The current CD & download album from my cutting edge band Psykick Holiday is 'Forever Pop Noir'

I also used to do a famous fanzine 'Dedicated Follower' Original copies appeared in a major exhibition sat the Victoria & Albert Museum. In December 2019 I released a one off issue which sold out in a week and got many called to bring it back presently in paper form as people were bored of non updating blogs. This proved highly successful with 5 issues released in 2020 and others just release in 2021. It was a big lockdown hit but people also see it as a lifestyle mag and legions of people have said they will carry on getting it long after lookdown (that's If I want to continue with it)

I had a big solo exhibition at Space@50 in Mayfair London throughout the whole of April 2019. Currently being asked about exhibitions in America, France, Canada and another in England in 2021 postponed from 2020).