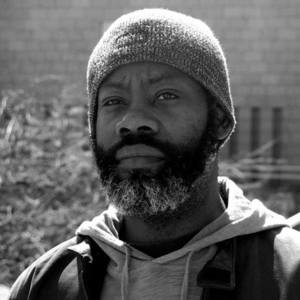 Originally from Montreal, Stanley Wany is an Afro-Canadian artist based in Canada’s national capital region whose practice includes graphic novels, pen and ink drawings, and paintings. He has recently exhibited works in Australia, at the Perc Tucker Gallery in Townsville, Queensland, as well as part of the exhibition Mix the Medias organized by SÕL-CON, The Ohio State University’s Black, Brown, and Indigenous Comics Expo, and Glass Axis Gallery. Wany’s works have also been shown in Canada, the United States, France, Portugal, and Finland, and are found in private and public collections in Canada, the United States, and Australia. Agalma, his first graphic novel, was nominated for a Doug Wright Award, highlighting the best experimental comics at the Toronto Comics and Arts Festival in 2016. As an author, Wany has participated as a guest and panelist in festivals in Canada, France, Finland, Portugal and the United States. In 2018, he completed an artist residency at the Arteles Centre, west of Tampere in Finland, and over the years he has been the recipient of several travel and creation grants from the Canada Council for the Arts and the Conseil des arts et des lettres du Québec. Since obtaining a bachelor’s degree in arts, design, and bande dessinée from the Université du Québec en Outaouais, Wany has founded two independent publication companies, Trip Comix, and recently Argle Bargle Books. The basis of his practice in comics and visual arts explores mainstream culture, the subconscious, and myths, specifically as these relate the experience of people of African descent in Western society.