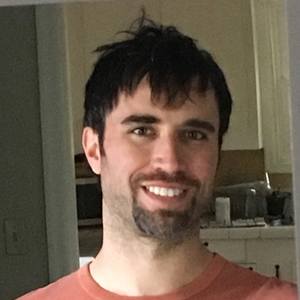 Steven Tannenbaum was born and raised in a small town in New Jersey, where he learned how to garden and defend himself.

His interest in art dropped off after 8th grade - drugs, depression, advertising degree - but came back with a vengeance about a decade later. He awoke one overcast afternoon with a vision: an inverse seascape, with a black sky and grey sun, and proceeded to paint one of the ugliest pictures in his history (sadly no longer with us). Mostly following inspiration, he then made art when he felt like it, and a few notable pieces appeared*.

In his 40th year of being, after his daughter was born and a brief but intense internal mutiny, he committed to completing one piece daily for a year (Y.O.D.A). Regardless of inspiration, he put himself in his studio every single day, and opened up. As Elizabeth Gilbert once said: “The muse comes when she sees you are hard at work...”

Steve moves objects, and objects move him. Each item - each pattern, shape, texture - carries its own history, its own spot in time. It wears this around its neck. This hidden history consists of layer upon layer of path and circumstance, built into objects like rings in a tree. To find the place these items fit together is to create flow, order, and balance in the midst of confusion.

"I truly believe that most of what I make doesn't have a whole lot to do with me (at least not the small me). It isn't really my business how pieces want to fit themselves together. Sometimes, at the end of a long night in the studio, if I'm very quiet, materials will land exactly right. I come back the next day and see they've laid down just so, and that the universe has been, for a brief moment, in step with me (or more accurately, me with it).

Some of my strongest pieces have come into being this way, and I keep realizing that the more I let go, the more everything falls into place."

Sometimes funny, sometimes sad, often both, his art reflects the intersection between faith and order, logic and intuition, time and the timeless. This area of overlap constantly changes, shifts; moves away and towards.

To capture it almost feels wrong, but it’s all there is to do.

- - - - - - - - -
Steven’s work is in public & private collections across the US and England. He currently works and plays in Portland, Oregon with his partner Rebecca, daughter Amaya, and special dog Nico.

*see "You Must Travel by Sea, Sky, or Locomotive" and "The Authority Of The In Between Space" (TAOTIBS)

> Studied under Phil Sylvester at The Drawing Studio

> The Time is Tomorrow - Portland, OR

> "Finding Our Way and Getting Lost" -Dayton, OH