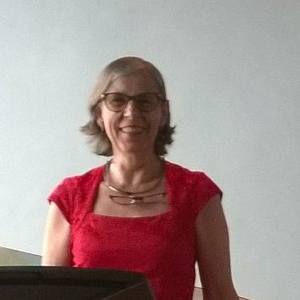 I live in a polder in the Netherlands in the new town called Almere. The polders are dominated by rectangular lines and far horizons. This is reflected in my geometrical and abstract paintings.
Next to fully geometrical, I experiment with combining contrasting geometrical shapes, with organic and intuitive brush strokes. These paintings are usually of a more impulsive and expressive nature. This way I create situations that raise questions about gravity and movement.
Next to abstract painting, I paint and draw pictures based on the world around me. I am fascinated by the way things change, when you zoom in or take a different perspective.
Experiment and association often result in small series with more or less the same subject.

Bachelor of education.
One year academy of art in Utrecht.
Three year course in acrylic and oil painting
Several workshops.

23rd November 2017- end of February 2018
Private exhibition at Trisolis in Nijkerk
The Netherlands.