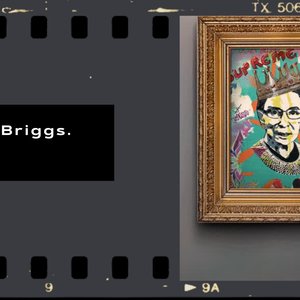 I was Born in Manhattan N.Y. and raised in Los Angeles, CA. Punk rock hit the L.A. scene in ‘78. Unlike other teenagers, I moved out from my parents home, to exit the shame of violence. I went to school, worked at a bakery, a shoe store and waitressed at a retirement home to pay for a a guest house which included a basement. There, in the basement I fronted a punk rock band.

The band had great exposure and local successes. Because of my age I was never allowed into the clubs to "hang out" only to perform. The group for me, lasted roughly 2 years. I was preyed upon by the keyboard player, he was 29 years old.
In fronting other groups I found the same situation would occur; being preyed upon, sexualized, and in one instance brutally beaten in order to stay with the group. By 87, I abandoned a working rock band, ironically that band was called “Abandoned”. I was beat one last time. I packed a bag, headed to Seattle for a brain washing. I’d arrived and discovered poets who wrote music, incredible story tellers and a journey into darkness, light and unknowns. The road from Seattle back to Cali was a difficult, desperate and lonely time. Hilariously, I gave up the industry and went into theatre. I had a great run of co-starring roles in projects, one play matinee'd every weekend for over 2 years in 1993. This wasn’t the answer because at this time I was 30 years old, horribly drug addicted, penniless and contemplating homelessness. Five years further, a rough road, I finally awoke and asked for help. I could no longer see loneliness as a place of safety, that starvation could lead me to sanity and that a lack of spirituality was true guidance to being humbled, kind, human.
It’s been years since I’ve looked at that girl I once was. I’m currently living on the Mesa in Santa Barbara, CA. I’ve a relentless drive for: it takes a second to be kind, anti filibuster, social acceptance, advocate for anti-racial educational conversations contributing to behaviors, attitudes and policies and finally, Collaborative efforts with my artist community in helping each other cultivate a vibe of positive, safe, and loving platform for and with each other.