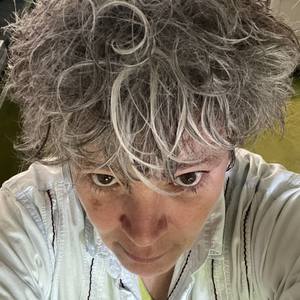 Paint to me is poetry in color. I combine different media and styles to come to the yet still unseen...freedom. A travel and play.
Through the medium of paint, I seek to create an engaging visual environment through line, colour and form. It is also a way for me to experiment with the range of possibilities allowed through my choice of materials. My art is not an excuse to present overly-complex theories or ideas. It would not be unreasonable to suggest that a painting should be first and foremost, a painting. Meanings are extra layers, not the foundation. I draw inspiration from concepts like Ordered Complexity and Emergence, where things build up from a simple base structure by following a set of predetermined rules, and self-organize as they go. I translate this into painting by building off of the random, using a predetermined technique and range of colours.

I live & work in both Hungary & the Netherlands