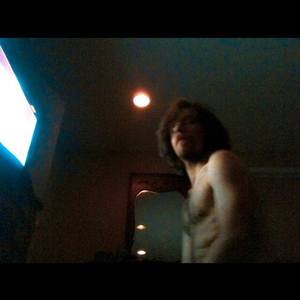 David S Pollack, known by many names but most frequently Chase Alias and Cubby. Pollack sees his work as Immersion Art. The catalyst for his unique blend of gonzo journalism, method acting and new media art occurred out of personal tragedy. "Basehouse: a Meditation Play-place for Cubby" 2005 - 2010, was a response to his mothers untimely death. It is a unique social commentary on the world of illegal drugs and how societies propaganda and rhetoric is the true antagonist. "Who I M", series is an undercover examination of gay online hookups and introduces a unique method for presenting Immersion Journalism. Pollack uses actual instant message conversations and overlays them onto the images used in the conversations. He sees his works as a "Mimesis" or mimetic and uses social media and his many blogs to work out his unique art. His work is therefore presented in a New Media Photo-Journalistic Way using various social media outlet, blogs and Creative Commons. https://en.wikipedia.org/wiki/Immersionism

I found that this series of works emerged from the unique natural layering of text and imagery that occurs when you begin to blog, tweet and Facebook your New Media. As you view them your titles and names and peoples comments begin to merge with the work creating a depth and breath to the original mimesis upon which the works are conceived.

The very purpose of spirituality is self-discipline. Rather than criticizing others, we should evaluate and criticize ourselves. -Dalai Lama
Wilton CT Â· theorizeart.com

"I try to see myself as a sacrifice, just to show the kids they ain't the only ones who up at night." -Kid Cudi

'In conceptual art the idea or concept is the most important aspect of the work. When an artist uses a conceptual form of art, it means that all of the planning and decisions are made beforehand and the execution is a perfunctory affair. The idea becomes a machine that makes the art. " "”Sol LeWitt

University of Hartford
Fine Art Photography and Experimental Studio
Studied with Mary Kelly learning experimental Darkroom Techniques. Very influenced early on by her approach to degenerative Rayographs. Which I exhibited at Jadite Gallery in Hell's Kitchen NYC in 1999.