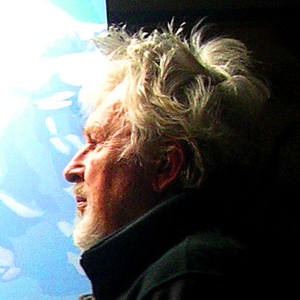 Born in Czechoslovakia (Now Czech Republic). Moved from his hometown of Brno in spring of 1967 to Vienna, Austria and in the late fall of 1968 arrived to Canada. In-house architect for several retail chains. Established his own architectural firm specializing on commercial interiors few years later. Drawing, painting and sculpting was always in his repertoire. First exhibition in Prague1966 practically started his double life as an painter and sculptor while other half of his interests were into mechanics of building.
After numerous exhibits of his artwork in Europe and North America spanning several decades, setting up a permanent studio in Delta, ( Vancouver) B.C. Canada where he works to this date.

Relocating from Europe in 1968 to North America. In his long career Rudy SchneeWeiss have exhibited his works mostly in the galleries within countries of central Europe.
(Czech Republic, Slovakia, Germany, Switzerland, France, Austria and Italy). In Canada away from organized art venues he has exhibited in local galleries.
At his current location in British Columbia, Canada. he sells his artwork worldwide by an art agent, Saatchi Online or privately from studio directly.
His agent exhibits and sells his paintings throughout the year and in Spring and Fall exhibition each year.