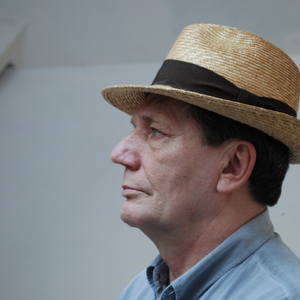 The delicacy and sensuality of human body is my main source of inspiration. I do not follow blindly minimalism, cold abstraction or emotional indifference. What I restrain from is this common maniac and overused need of cerebral art. I do not want to create manuals how to read the meaning of my sculptures, I want them to talk for themselves. For this reason, I am not a supporter of any variation of conceptual movements, as I see it only as a stream of unnecessary words obscuring the true beauty. What else do not I like? It’s mainly emanation of ugliness, cruelty and obscenity. Instead, I pursue harmony and calmness. This is how I define classic beauty…

Born in Warsaw in 1952, studies at the Academy of Fine Arts in Warsaw, faculty of sculpture (1971-1976). He graduates with honors being awarded by the Minister of Culture for the best students of art schools. An assistant at the Academy of Fine Arts in Warsaw in prof. Chmielewski’s sculpture studio in years 1976-1981. During this time he works mainly on solutions to spatial land art with prof. Piniński and prof. Zabłocki. At the outbreak of martial law he changes the profile of creative work: starts working mainly in silver, small sculptures and jewelry. At this time, he establishes permanent cooperation with leading Polish galleries: PN, Art, Zapiecek as well as participates in numerous exhibitions home and abroad. His silver sculptures are cast in repoussé technique. The year 1989 takes Piotrowski back to the world of big sculpture projects made in stone, wood, ceramics and bronze. He takes on drawing as well as outdoor projects. Constant cooperation with leading galleries in Warsaw, Krakow, Paris, Eindhoven, Arnhem and Berlin, participates in the open-air workshops and art shows: Toranto (Italy), Volgré (France), the Edinburgh Festival.