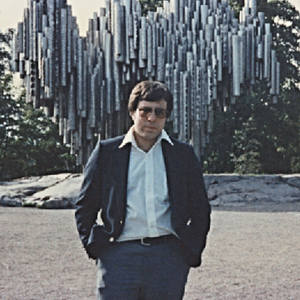 Steven Richman is an attorney and photographer based in the Princeton, New Jersey area. He graduated from Drew University (B.A., summa cum laude, 1977) with honors in Political Science and Economics, and from New York University School of Law (J.D., cum laude, Order of the Coif, 1980). He is admitted to the bars of California, New York, New Jersey and Pennsylvania, and concentrates on private international law, commercial dispute resolution, professional ethics, corporate social responsibility and photography law. He has chaired the Section of International Law of the American Bar Association, where he is an ABA Observer to the United Nations, sits on its Rule of Law Initiative Board, and is a member of its House of Delegates. He also serves on the editorial board of Juriste International, the publication of the International Association of Lawyers – UIA, and is one of the ten members of the Bar Issues Commission of the International Bar Association.
As a photographer, he has exhibited in museums and galleries across New Jersey, and his photography has appeared in Shutterbug and other publications. His work is in public and private collections, including the New Jersey State Museum and the New Jersey Law Center. He is the author and photographer of four books (The Bridges of New Jersey (Rutgers University Press, 2005;Trenton Reconsidered: The Small City in Post-Industrial America, McFarland Publishing, 2011; The Great Swamp, Schiffer Books, 2006; Mannequins, Schiffer Books, 2006) and a fifth book on photography law (ABA Photography Law Handbook, 2014), which is being revised for its second edition. He held a solo exhibition at the Johnson and Johnson Corporate Art Gallery January in 2017. He received best in show award at the Grounds for Sculpture Focus on Sculpture exhibit in 2016.
He is also a published poet, with work in two small press anthologies (American Poetry Confronts the 90s, Black Tie Press, and Lawyer Poets and That World We Call Law, Pleasure Boat Studio) and other journals, and his own collection, Missed Exits, 36 Legal Stud. F. 283-349 (2012).

Magnificent Mosque: The Story Behind the Image, featured in Shutterbug Magazine, October 2017