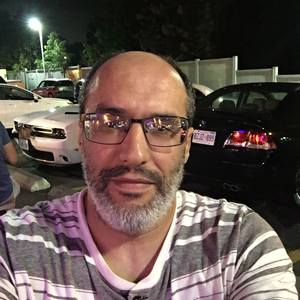 (If you have any questions please contact me at elasraouia@gmail.com).
Abderrahim El ASRAOUI live in Montreal. Graduate in Engineering, he worked in industry for several years and will do a major turning towards painting his devote himself full-time. His works are exhibited and admired by a wide audience both in Canada and internationally.
He won several prizes and participated in several exhibitions.
I discovered painting and drawing from an early age.
Since always, I am fascinated by nature. Most of my artistic production is oriented towards this subject. Nature has always been my inspiration in my work, this is where I can rejuvenate and inspire me to translate my emotions on canvas.

My painting is an extension to serve as a bridge between nature, the artist and the viewer. It is by the colors and light I'm trying to reach people's souls to share the wonders of nature.

My work appears as a breach of Impressionism, especially in immobile and timeless landscape that inspires the Mediterranean nature.

In works where reality is only a pretext, one perceives a tendency to abstraction which is accentuated in the geometric treatment of the subject.

I practices freely oppositions between rigor and lyricism, stability and movement, accuracy and deformation .It deepens looking for a fully autonomous pictorial space through a few major themes: the landscapes of Middle Atlas mountain region of Beni Mellal, also wonderful landscapes of the prefecture of Tangier-Assilah in Morocco.

Exhibitions:
His works are exhibited and admired by a wide audience both in Canada and abroad.
Exhibitions, competitions, symposiums with selection:
• Culture Day - Sainte-Anne-des-Lacs, September 2019
• Prévost Symposium, July 2019
• Culture Day - Sainte-Anne-des-Lacs, September 2018
• Prévost Symposium, July 2018
• The Great International ArtZoom Exhibition 2017, 10th edition, from March 21 to 26, 2017
Symposium of the Farandole des arts visuels in Ste-Marguerite / Estérel, from October 1 to 2, 2016
• Symposium at Prévost station, July 27 to 31, 2016
• Symposium des Patriotes, St-Eustache, May 22 and 23, 2016
• Invitation to exhibit in Saint-Jean d´Angély, FRANCE
At the 43rd CAPSQ International Exhibition "Diversity in Art"
The Cordeliers museum - the Benedictine chapel
The town hall of Saint-Jean d´Angély - the old courthouse of the city
ASSOCIATION VAL DE BOUTONNE - LOUISIANE - QUEBEC

Twinning of Saint-Jean d´Angély (France) with New Iberia (Louisiana)
and Saint Sulpice (Quebec), from March 15 to 30, 2016