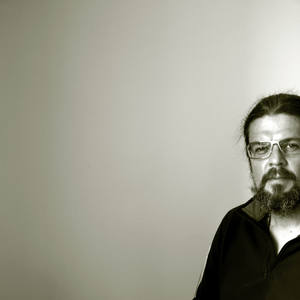 Dmitrii Volkov is an artist, a jeweler and a designer in creating metal art objects since 1996. Born and grew up in Leningrad, he attended the Roerich Arts School and the Schtieglietz State Academy of Art and Industry. Dmitrii was a winner of young St. Petersburg jewelers contest to commemorate 150th birthday of Karl Fabergé, the “Art Moment” international contest. Art nouveau is his favorite style.
Dmitrii's work has been exhibited worldwide, has appeared in many magazines. Some of his public art sculptures include permanent projects for the State Museum of Political History of Russia - the “VVC Tower“ art object for, the “Moment of Inspiration” art object for the Henkel on the main street in St.Petersburg, metal décor at the façade of the Chamber Stage in the Maly Drama Theatre, restoration of the metal décor at the façade of the DLT store, restoration of the main staircase in the Catherine Palace (Tsarskoye Selo, Pushkin, UNESCO), Memorial plaque Mylnikova AV installed on the house where he lived in the city center St.Petersburg, The memorial to local soldiers who died in the Soviet-Afghan war situated in the park in St.Petersburg, Design and manufacture a piece of interior for Russian hockey Hall of Fame, and Unique and impressive project of Russian Orthodox church containing all main interior decision as an altar, iconostasis, chandeliers and other as well assome exterior aspects as a cross and main gate made in metal.