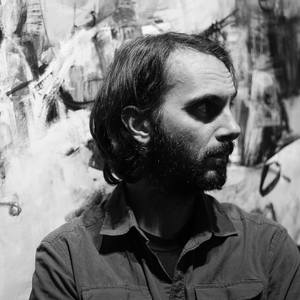 Painter and musician, Francesco D’Adamo was born in Siena, Italy in 1979.
In 2006 he moved to Bologna, where painting came back as a constant and fundamental presence in his life and over time gradually became his main activity. The following years saw his first exhibitions in the city and the participation at various art fairs and events over Europe and Asia. This first decade of painting research and experimentation brought on Francesco the interest of collectors and art lovers from all over the world and culminated in the prominent solo exhibitions Chimere (2017),Discanto (2018) and Dyssomnia (2019, Hong Kong).

His painting research is rooted in the Italian informalism and American abstract expressionism, with particular emphasis to a continuous dialogue between visual and musical language. The sign and its rhythm, layered surfaces, a strong palette and the use of different techniques, they all flow together to create a lyrical and yet deeply concrete image.