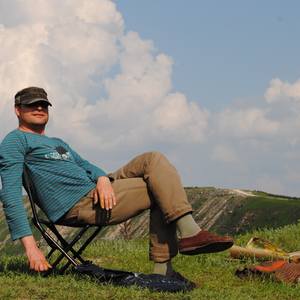 I was born in Ukraine, living in Moldova.сл.I work on the method of " the Associative analysis "


A friend introduced me to Nikifor Sviristukhin, fondly referred to as “Kolia” by his friends, in spring 2005 in Chisinau, Moldova. Like many expatriates, I couldn’t speak any Russian, but his paintings spoke loudly and vividly to me. I felt I had found a long lost friend. I have often said that Sviristukhin has been my primary motivation for learning Russian, because I want so much to be able to converse with him fluidly about the inner world of emotions and human condition he so beautifully portrays in his paintings.

Sviristukhin is one of Moldova’s preeminent living artists, perfecting his unique style of expressionism to both achingly touching and humorous results. In this small former Soviet republic, most often cited for being the poorest country in Europe and one of the leading countries of origin for victims of human trafficking, there is an overlooked national treasure: its artists. Sviristukhin is lead among them, although he usually remains outside the establishment, refusing admission to the Union of Artists. Expressionism is defined as an artistic movement in which the artist does not “depict objective reality, but rather a subjective expression of his inner experiences”. If this is so, then Sviristukhin has inner experiences filled with beauty, humor, and irony, juxtaposed against a backdrop of whimsy.

I purchased my first Sviristukhin painting on 10 May 2005. From the moment I saw it, I connected to it. Homecoming depicts a large, looming portrait of a melancholy woman with titian colored hair looking over her hometown. The character of the city is distinctly Parisian, calling upon the romance, history, and beauty of Paris. The woman has returned after a long absence. She knows her city intimately, and yet, nothing is quite as she remembers it. The colors are surreal—pinks, oranges, blues, greens, blended together. Buildings are elongated to the extreme. Trolley busses are hanging in mid-air. A cat walks up  Antonia De Meo graduated from Wellesley College in Wellesley, Massachusetts, USA, in 1989, with a Bachelor of Arts degree in art history. She worked briefly in the arts before redirecting her career toward the law. She has remained an avid lover of the arts and recently began a personal collection of modern art. Her collection has grown to some 25 works by Eastern European artists. From 2005 to 2007, De Meo worked in Moldova at the OSCE Mission to Moldova. In addition to her regular duties, she served as the Mission’s ad hoc Cultural Advisor, in which capacity she organized and hosted monthly art exhibitions by local Moldovan and Transdniestrian artists in the Mission’s premises in Chisinau. Sviristukhin held a personal exhibition of some 45 works at the Mission in May 2007. AllWords.com definition of “expressionism”. the side of a bridge. Sviristukhin perfectly communicates that confusing feeling of returning home after a long absence to find everything the same, and yet nothing the same. A central feature of the paintings is a lamppost, shining three bulbs on the entrance path to the city. A man painted in raisin—sometimes referred to as the universal color—has just begun his assent into the city and back to the woman’s heart. A sign tells him he has 5000 km to travel, but we know he will make a successful journey. Homecoming is a painting steeped simultaneously in the melancholy and hope of love and longing.

My second Sviristukhin painting was a 40th birthday present to myself. I visited Sviristukhin’s atelier with friends, shared a bottle of wine, and enjoyed a private viewing of his latest wor

Future Shows: There are plans.

Pictures being in private collections of the countries: