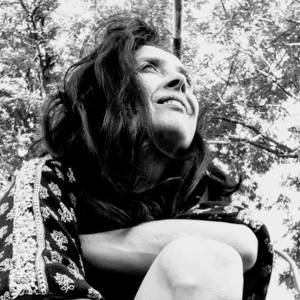 The subject matter of my works, I would like to treat openly. This means that I can follow any theme that is concerning me at any time. Responding to my mood and visualising my thoughts; my work is a form of comment on my everyday life. My artwork is built up with my reflections and is an intrinsic extension of my personality. Sometimes it is impulsive where I am inspired by something, maybe a motive or a colour. Often I like to touch the philosophical or historical aspect of a subject and express this through colour and shape.
Sometimes the focus of my works may have strong connotations with my dreams, or other times I become interested in looking for connection between human-being’s and nature and how we are connected with the world; our travels and journey’s portrayed through myriads of mirrors. My painting is a form of connection with reality where I am allowed to be irrational. Ultimately they are my reflections about life.
The character of my work is diverse and multi levelled. On the edge of realism and abstraction it depicts motives from the Polish landscapes, where I was born and grew up, Italian boldness and expression where I spent some important moments in my life and finally my life in the UK with inspirations of the landscape and people that surround me here in East Sussex. Represented in many forms it may be pure landscape, landscape with some figures, it may be a sequence of studies or perhaps a large scale exploration of animals.
I normally work on a series. Often I will start more than one painting at the same time. This way I can see my concept developing on a range surfaces, these offering different possibilities. I can then see and think more in depth about the whole series. It feels a bit like a movie, I follow the atmosphere and the mode of characters. I like to explore the energy of the subject I am working on.
I use variety of mediums to create my work. Mostly I work on canvas, using acrylic paints and oils or oil sticks, however in the past I often used watercolours, chalk, charcoal, gouache. Drawing is also very important to me. It bonds with my character and is intertwined with my painting. I like to build up layers in the painting by starting with water spray and painting with large brush strokes. When the paint starts to drip, I then shape the movement of the composition; this then evolves into shapes and figures. Sometimes I will leave the work for months or years and then after time I will return to it. That moment is very important as I may discover a completely different aspect of my work and this can then lead me into a different direction.
I look to create intrigue in my work; I am telling a story. I wish to take my audience on an enchanting journey, captivating dreamy landscapes with profusions of colour and movements.

Agnieszka Dabrowska, born in Krasnobrod, Poland, studied at Zielona Gora Art Institute, lived in ,Itally Puglia. She has been living in UK since 2004, exhibiting in the UK as well as in Poland. Her works was longlisted in Aesthetica Magazine, Creative Artworks.