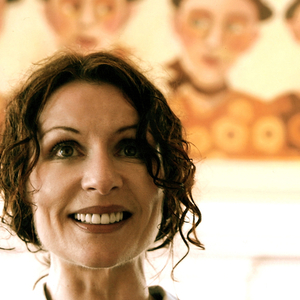 "At her 2005 degree show Catriona Millar's collection of over 400 works was sold in under two hours. Since then Millar's stock has risen at a meteoric rate.""Millar's work is predominantly in oils. She exhibits a bold style which captures the energy of her subjects using a textured approach.""Denis Leiper, of the Riverside Gallery, describes Millar's style as nostalgic. "In many respects, her work reminds me of my childhood," he says. "We've been in this business for 25 years now, and she has one of the most distinctive and unique styles of work I have ever seen."The Herald - May 2007For Catriona Millar's art cards contact:www.artcardscornwall.co.uk"Known for her figurative work, Catriona Millar is already creating a stir on the UK and international art scenes. When her 2005 degree show sold out, she was hailed as the highlight of the exhibition. Working predominantly in oils. Millar has a bold, vibrant style: she manages to capture the energy of her subjects using a heavy, almost textured approach. Studying human interaction, Millar builds layers of colour to create shape and pattern in her canvases."Homes & Interiors Scotland - March 2006"Although Millar's decorative and mischievous oil paintings of baby sailors and ruddy-cheeked children with birds perched on them may not have the controversial oomph of a shark in formaldehyde, they do combine an irresistible eccentricity with an ever-so-slightly distorted sweetness that sets them apart. Her figures, often children, may have rosebud lips but often a single eye is misplaced or a nose squashed into a rectangular smudge.""Last year at the Glasgow Art Fair Millar sold all 14 of her paintings on show, including one to a French vineyard. Then there are all the private and corporate commissions from North Sea oil companies and universities as well as the e-mails she has been getting from galleries in Barcelona, Montreal, and Japan interested in exhibiting her work thanks to a massively successful showcase at the Battersea Arts Fair earlier this month. During the fair, where she sold another four large-scale works, the hits on Millar's website tripled from 200 to 600 per week."Scotland on Sunday - October 2006