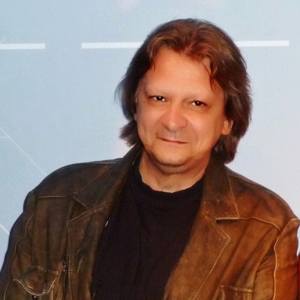 Born and grown up in North Rhine-Westphalia, Germany. When I had to stop playing the drums a few years ago I was really missing something. I felt a kind of "creative gap" which I filled by taking up a passion from my youth: painting.

In my abstract paintings I attempt to visualize the transitoriness, the decay of life (and things) as a necessary condition for the emergence of something new. I realize works where the energy of colour, the texture and the partitioning are essential, trying to give each work of art some power and depth. It can be said that my works express primordial feelings controlled by reason - finally showing something organic in a tidy ambience.

Besides black and white I like using warm, earthy colours (acrylics, pigments, rust effect colours) - mixed with plaster, cement, marble dust, sand or modelling paste in different layers - painted, smoothed over in rough, often archaic looking patterns. Sometimes I also use mull, pack-twine, packing material, copper- and zinc plates, denim, pc-scrap, and metal flakes. All my artworks are finished with a glossy varnish to protect them from dirt or UV-rays. All paintings are ready to hang. You just need ONE nail to hang them.

I have been publicly juried into the top 10 twelve times in the “Saatchi Showdown" Gallery, which receives over 40 million hits per day. My paintings sold to private collectors all over the world, mostly to collectors in the United States of America and in the United Kingdom (also to collectors in Australia, Austria, Canada, Italy, Luxemburg, New Zealand, Republic of Ireland, South Africa, Republic of Ireland, Spain, Sweden, Switzerland, United Arab Emirates, and Germany).

I have studied English and social sciences (MA) and ended up as a headmaster of a bilingual secondary modern school. For four years I have worked for the ministry of education – doing some research on teachers’ in-service training and I have published the results in several papers. I am also working as an author of training books for students and teachers.

In June 2020 I became a member of the Hammond Museum, New York, and I participated in the opening show of the “Hammond Museum July Virtual Exhibition”. Runtime of the exhibition is from July 4, 2020 to July 2, 2021.