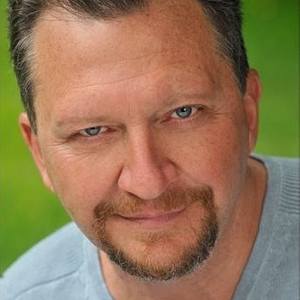 Art making appeals to me because it is communication at the frontiers of human consciousness. I have never believed that all things can be described by words. Words may rush in soon after to describe what it has seen, but the new vision always leads the way, leads the discussion. Art is the leading edge, the not-yet absorbed, the difficult, the uncomfortable. To experience art is to experience the new.

Every human action is an easily grasped, yet complex pattern depicting a hierarchy of movement relationships a hand moving more freely than an elbow, an elbow more than a shoulder, a shoulder more than a hip. The information supplied to the eye can be transmitted by the mere slight adjustment of one image to the next. Marcel Duchamps Nude Descending a Staircase and the many works of Italian Futurists like Umberto Boccioni and Giacomo Balla are informed by a similar depiction of movement, speed and intent. One of my primary goals in painting figures is to reveal the human narrative therein through a spare synthesis of images that depict the subtle hierarchical movement pattern.

The recurring subject of human sexuality is well suited to this inquiry because it displays a very wide array of human behavior. It is the ideal arena for combining physical movement and psychic intimacy, the explicit and implicit human behaviors of sex and love. These intertwining realms of activity are nothing less than humankinds repudiation of its own mortality at the procreative and spiritual level Its how we show our contempt for the Grim Reaper. So too, art is a similar repudiation, a grasp at immortality at the creative level.

I choose to paint in oils because I want to have a sensual, tactile, slow-drying relationship with the surface, the skin of the subject. I can depict the inherent intimacy of my subject matter because it better mirrors my relationship to my materials. Also, painting, (rather than, say, photo-manipulation,) allows me to more effectively space-share the chronological visual elements rather than to simply overlap them, which would blur the time rhythm and thus the narrative intent. I limit my color palette primarily so as not to distract from the narrative element less is more here.

I have never aspired to photographic likeness. To my mind so much of todays post-modernist art seems detached from real human experience. My paintings are the result of a human-scale, hands-on creative process. Though painting is also a product, I have never aspired to a polished flat, Clement Greenburg-ian surface an art product per se. I seek to bring an intimate immediacy unfiltered by intellectual and political declarations or ironic detachment. The methods and themes of my work are well outside much of the contemporary art world conversation. My aim is to seduce the viewer with imagery that is, as Marshall McLuhan might say, hot.