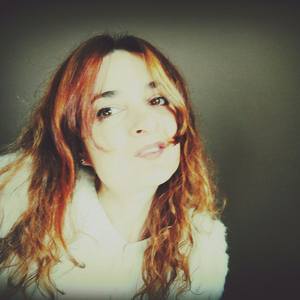 She perfectioned her style in England where she lived for 5 years.
She hence began to exhibit in Italy and abroad in prestigious private galleries and public places, immediately receiving important awards and the consensus of specialized critics. In March 2014 she received an award from the Director of the Selenograd Gallery in Russia and began to exhibit and sell her works worldwide.

In her paintings, the woman is the central subject: protagonist in scenes of love, awaiting, passion, pain, abandonment, desire, perversion. Donatella defines her works born out of chaos, confusion and characterized by strong lines, quick, unfinished, scratchy. The artist seeks to evoke emotions, narrate situations and tell life stories using different means of communication and extremely varied between them such as oil, ink, pigments, glass, cement and coffee. “Her women talk about love and men … first of all of her father who enrolled her at the Academy and now, although he is no longer, he fully participates in her creations being her memories fixed on canvas by the use of cement. Her father… a mason… a man… the first whom understood, her first true supporter. To him, the works letters of coffee are dedicated where the artist tells of herself and intimately opens to him. Her first exhibition dates back to 1997 and since then until today numerous personal and collective exhibitions have followed in galleries and museums in Italy and abroad

August 1998: author of the work chosen to represent the exhibition "Vinarelli '98" bill board on the fifteenth edition of Pro Loco Torgiano.