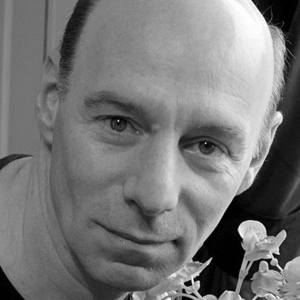 I think we are living in an illusion but sometimes we are “touched” from the other side of the veil by the “real reality”, the one that cannot be seen.
Arts -when they achieve it- open some of those magic gates that help us get across the veil offering a glimpse to the other side via some kind of "poetic event".

Making Art is a practice, a life exercise that requires craftsmanship as a foundation.
I work on it to contribute my two cents to help "bringing Heaven to Earth".

I use several disciplines such as Music, Film, Drawing….
Creativity is an attitude, a view about things even before those things may belong to any specific discipline. Where are their boundaries when you see everything in all?
This specific proposal, working with Ink and Watercolours on Japanese handmade paper, started on 2014, feeling like a good story about to unfold.
It’s an exploration across Drawing -without a previous drawing, Painting -in a different way- and partly a certain awareness of the brush strokes as in oriental Calligraphy.

A Minor Art. With capital letters.
Please, take a look at the meaning of "Wabi-Sabi".

I use Japanese handmade "washi". The best Japanese papers are those which are made by hand and are produced during the winter months when snow is available for whitening the fibres naturally and the cold water keeps the fibres tight and compact during the sheet formation.

For setting the paintings and being easy to display, preserve and collect, this material is inseparable from mounting.
Due to that this paintings are mainly executed on Kitakata Paper (gampi fibres) which is soft and thin.

There are two main ways of mounting: dry and wet.
I mount my images onto cartridge paper using a dry hot press tissue.
Conservation PH is taken into account along the whole process.
All my work here is “archival quality”.

Marcel Garbi is a Spanish multi-disciplinary artist born in Buenos Aires with a London heart. He lives and works in London since 2009.

The Music Composition/Sound design period occupied also about ten years but this time that happened in Madrid. Marcel Garbi was composing music mainly for Theatre, although some Film music, Songwriting and Contemporary Classical Music (Complex Music) came out from that period as well.

Later on Film making and other Digital Audio-Visual media was used creating several short films and other projects.

This current exploration -painting with Ink and Watercolours on Japanese handmade paper- started in 2014 down here in London till present.

Marcel Garbi is the son of a painter; his father was his first teacher and mentor.
He received formal education about other disciplines such as Musical Composition at university (UCA), Complex Music (F. Guerrero), Piano and Drama (Conservatory).

His paintings are included in private collections in USA, Australia, Argentina, Spain, Germany and UK.

"We like the fluidity emphasised by the choice of medium of which you show a particular mastery. The good choice of subtle but complementing colours works well with the economy of line."

I'll participate in an exhibition at Candid Arts / Summer Salon 2019 till the 4th of August.

“NOW THAT’S WHAT I CALL ART”

Laura I. Gallery is thrilled to announce the official opening of its new exhibition “Now That’s What I Call Art” on the 7th of September from 6.30PM. Curated by Laura Iosifescu, it aims to celebrate humanity’s beauty and accomplishments but also to act like a motivational power to those in need of inspiration and hope. This completely unique exhibition ties into current affairs around humanity’s shifts and movements to give an exciting insight into societies achievements, dreams, and aspirations. Those visiting will come away with a sense of uplifting positivity and belief.
“Now That’s What I call Art” is a group exhibition celebrating art in its highest form, and in doing so honours the finest qualities of humanity and encourages hope for the future. P

A historical exhibition exploring Leonard and Virginia Woolf in Richmond and the Hogarth Press, alongside contemporary works examining the same themes.

*Works in two different venues at a time: