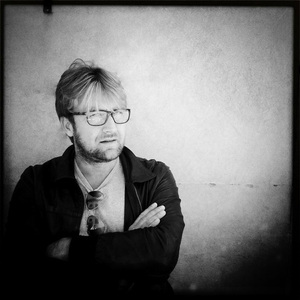 Marco Milillo was born in 1973 at Conegliano, where he still lives.
At the end of the1990s he began to approach photography seriously, more out of need than passion, and concentrated mainly on the infrared technique.
After perfecting this particular method over the years, in 2010 he started his artistic career with his first exhibitions. His first personal show, "SGUARDO MIGRANTE" was held in 2011 at Conegliano (TV) and later at the Masone (Genoa)International Festival of Photography in 2012.
The artist's photographic experience continued with colour experiments. He exhibited "THE ILLUSIONIST" at the 2012 Rome Photoshow and at the "Master of Magic" at Saint Vincent (World Congress of Magicians).
In June 2012 he founded the photographic communications agency "UGLY DUCKLING", which specialises in fashion photography. Together the eye and the lens concentrate increasingly on the female body, mainly shot outside the photographer's studio.
His images have been used for the advertisments and catalogues of many Companies, as for Roberta Scarpa, Matinee,Maison Rode, Bubola & Naibo, Andrea da Ponte, Reip Rope, Ermanno Scervino.
In April 2013 presented during the Milan Forniture Fair in exclusivity for Bubola & Naibo the photographic collection "Glossy Art", together with other famous photographers, which gave him international fame and appreciation.
Its main strength lies in being able to set the objects of his shots in the location best suited to bringing out their qualities.