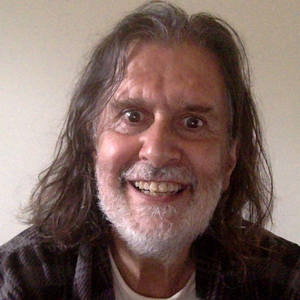 Penezic was born in Belgrade, in former Yugoslavia in 1950. After studies of fine arts at the University of Belgrade he relocated to Paris, France where he based his art practice from 1975 to 1980. In 1985 he immigrated to the United States. Until 1990 he was based in New York City and his art practice consisted mainly of painting and printmaking. He started experimenting with digital media, video and photography in 1991 when he moved to San Francisco where he lived until 2007. Today Penezic lives and works in Los Angeles. Relja Penezic is a painter, video artist, printmaker, photographer, and a filmmaker. His work is a multimedia blend that combines technology and painting, performance and video, art and craft.

Relja Penezic exhibits his work internationally and his short films are regularly shown at film festivals throughout the world. In 1996 Zakros InterArts label Chronic Art published his CD-ROM Computer Film Sketchbook. His 2002 Audio/Video installation in collaboration with composer Victoria Jordanova at the Los Angeles County Museum of Art entitled Panopticon was published by ArpaViva label as a DVD and is distributed by Cinema Guild of New York. His paintings and media pieces are part of numerous private and public collections in the US, Europe and Japan. In 2004 he was selected by Alaska Arts Council to create a permanent media installation The Alaska Cycle, a video landscape. In 2005 and 2006 he finished two large scale site specific paintings Alaska Time-Lapse and Views of Tundra for the Alaska Psychiatric Institute, commissioned by Alaska Arts Council. Relja Penezic is a cofounder of ARTaVIVA, company/curatorial project dedicated to promotion of audio/video art as a permanent installation medium. From 2007 his work is regularly shown on Souvenirs from Earth, the first Cable TV station broadcasting a 24/7 program of Film and Video art, transforming bigger flat screens into an art terminal, giving access to the avant-garde of visual culture, available on French and German cable TV networks. In addition to an international career as an artist he served as a Creative Director for ID8, Los Angeles based branding agency, an Art Director and a Designer for Jump Ship Studios, San Francisco, and a Designer/Visual Effects Artist for Fleet Street Pictures of San Francisco. Relja Penezic was also a Master Printmaker for John Nichols Printmakers of New York specializing in silk-screen and lithography limited editions. He was a lecturer at the Maryland Institute College of Art, Princeton University School of Architecture, Haverford College, and Bowling Green State University.