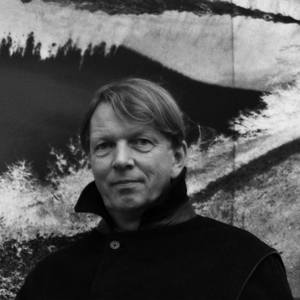 Painting with the camera obscura.
The objective view of Ype Limburg:
"The anti-authorial image"
It is difficult to resist the magic of Ype Limburg's work with the camera obscura. The technique, creative process and aesthetic of these photographic works are both simple and subtle.
For Ype Limburg, working with the camera obscura is more like the act of painting than photography. The main parallel is to be seen in the creative process, in painting with light so that the motif is gradually revealed on the canvas. Another actor is time, which is decisive for the completion and production of a photograph. The artist sees the act of painting thus initiated as a poetic interplay of the factors light, time and space. It is from this essential play of factors that these works derive their fascination. For many artists, the camera obscura provided access to a constructed image of the visible world. Many of them, and especially the Dutch masters of the 17th century, made deliberate use of the immediate empirical record of the visible world as provided by the camera obscura. This long practised tradition is also predominant in Limburg's work: Depending on the light and exposure, and on the camera and its position, the photographer composes and directs his motifs and pictures. Limburg himself sees his role as that of a watchful helper, supporting a process of being and becoming. (Veronika Berti)
www.ypelimburg.com