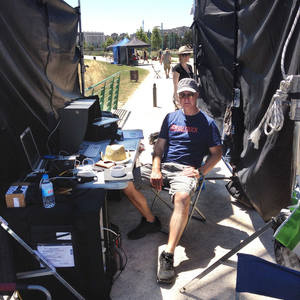 Tim Macpherson is a multi award winning Photographer and film maker based in the UK.
After completing an arts foundation course, Tim moved to London and started an apprenticeship as a Photographers’ assistant with editorial, celebrity and Advertising Photographers.
After winning the Kodak Europeon young Photographer award, Macpherson started a career in Editorial Photography, working as a regular contributor for the Unday Times Magazine, GQ, The guardian magazine, Tatler and Telegraph magazine.
He started moving into Advertising Photography in the late 90’s, where commissioners woukld allow him to explore his creativity.
In 2002 Macpherson received a big break in the USA, working 3 months on a stills and moving image campaign for the IRS in New York. He has continued to work in the US and in fact all over the world for agencies like BBDO in New York, Saatchis in London, Leo Burnett in Madrid and Publicis in Paris.
But his passion for fine art and his personal work has always been forefront of his mind.
Imagining, creating and producing large scale worlds which people inhabit, is something he is fascinated and obsessed by.