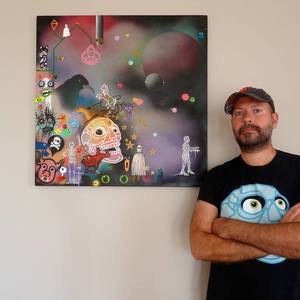 Michael Tierney’s paintings are a celebration of the diverse and multi-layered aspects of contemporary culture that surround and sometimes overwhelm us. His imagery is inspired by everything from travel, nature, science, history and religion to video games, pop culture and fashion.

The artist’s work is included in numerous private collections across the world. He has exhibited and sold both nationally and internationally and he has been featured in many newspapers and magazines.