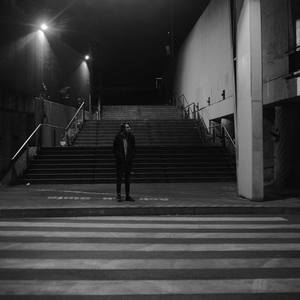 "I focus on the smaller picture, detail is an impulse, this has been so for as long as I remember. The texture of rock, wood or concrete, in the panorama. The sound of a distant something, glimpsed between the howl of the of the wind or the blast of traffic, has always been my fascination.

My work comes from the rubbings of floors, walls, paper, wood & stone, the scraping of paint, delicate cuts to wood, hands on things that dry my skin, many of which are then manipulated digitally. Formed from a passion in experimentation, in dirt, dust and noise. From the other, the unexpected unruly anomaly being allowed to find it's way between the herald of the bigger picture."

The Anatomist has been creating visual works since around 2003, initially alongside music and later alongside writing and sculptural forms. Currently based in Berlin, many early works are lost to time and space in Bristol, London and Wales.

Long form ambient music from The Anatomist is available to listen too here: https://theanatomistberlin.bandcamp.com