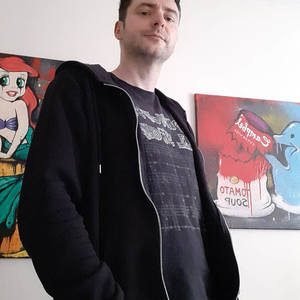 Also a comic artist, his work has been published in well known British comics such as The Beano and Viz.

He brings his characters to life in animation, and has recently started the journey into international film festivals, with his short films showcased at festivals worldwide.

He has also exhibited in galleries with a focus on urban / street art.