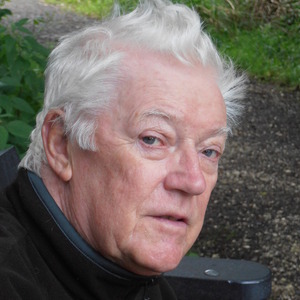 Rex Dixon was born in 1939 in London, England. After teaching in the painting department of the New University of Ulster in Belfast, Northern Ireland for several years, he came to Jamaica in 1985 to teach at the Edna Manley College for the Visual and Performing Arts. He has held numerous one person exhibitions in Kingston and abroad and his paintings are in the permanent collection of the National Gallery of Jamaica and in other private collections. He was one of the painters representing Jamaica in the Biennial of Painting from the Caribbean and Central America in Santo Domingo in 1995 and 1997. He gave up his teaching position after teaching full time for twelve years in Jamaica, to take up full time painting in 1997. Since then he has travelled extensively with his wife Professor Patricia Mohammed, not only in the Caribbean but also to The Netherlands, Spain, Canada, Namibia and Japan experiences which have continued to feed back into his paintings.

His studio is located in Maracas Valley, St. Joseph, Trinidad and Tobago to which he has moved since 2001

His most recent shows include