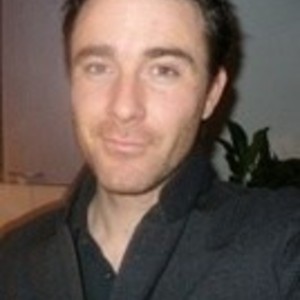 Day Dream NationA Painting Exhibition by Jean Pierre Derian28th March-24 April 2010I was definitively struck the first time I saw Richter's paintings at MOMA, New York, 8 years ago and even though I was painting at the time, I knew that his paintings had a massive resonance on me and would change the way I would paint. I was still finding my own way and viewed each new canvas as an attempt at exploring this. I mean, the process of doing it is as important as the final painting, which is only the result, the waste, where the painting could be seen only as an object. Richter constantly changes his method, experimenting with; portrait, landscape, abstract, photo-realism paintings, installation, graphical re workings of photographs, it is pretty impossible for any visual artists practice not to be influenced by him. I always wonder if Damien Hirst knew about Richter's colour chart paintings when he did his spot painting for example. Even in Damien Hirst's spinning painting I can point out the fact that the paint is laid down in a random way (au hazard, par chance) in the same way Richter did in the first stage of his paintings. Richter said, ''absence of system is a system and may be the most beautiful one", which resonates with me. I see this parallel the first time you listen to the old sonic Youth album Day Dream Nation, where from a chaos of guitar larsen and amplification distortion, a cool rhythm starts to appear. Something "envoutant". I mean, a larsen in the music industry was never supposed to be beautiful or attractive; it was a mistake, a waste, anarchic, a state of destruction. But carefully orchestrated, this larsen reveals a deeper meaning and takes the music to a new level unknown before. From this state of destruction starts the painting. Jean Pierre, 2010Curated by Annette GrahamThank you to: Natacha Derian, Ania and JimLive in London