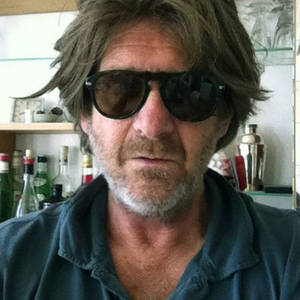 The French-Norwegian photographer Philippe MÃ©rie has been based in Copenhagen, where he has run a photo studio, which has been the center of numerous innovative and creative projects resulting in great commercial and artistical succes. His ongoing passion for art has resulted in a constant search for the boundaries between photography and the art of painting.

Philippe MÃ©rie was born in Paris, grew up in France, Indonesia, Norway and Denmark. Trained as a photographer at JÃ¸rn Freddie, Copenhagen and Aldo LÃ©fere, Paris, he teamed up with photographer SÃ¸ren Saabye before founding his own studio in Copenhagen 1980 working for companies like Hennes & Mauritz, Levi Ìs, Carlsberg, Sony, Virgin, CocaCola, Tivoli, The Royal Danish Theatre, Saga Furs, Great Greenland, Arcadia Group, Marks and Spencer, Elle, Moda, La Photografia among other. He has received several awards for his work including the Aurora Award 1990 and The Golden Pencil 1993. In 2010 nominated by the magazine American Photo as one of the worlds ten best advertisements for an IKEA campaign. Nominated in the same category 2011 for a Mercedes Benz campaign.

Parallel to his commercial career Philippe MÃ©rie has been occupied with photographic artwork. In 1996 he exhibited his work at The Krasnapolsky, Copenhagen. Subsequently, the Royal Danish Library acquired part of his work. Furthermore he has exhibited his work at Fotografisk Center, Copenhagen and released a limited edition paper "Zeitgeist" displaying his work. He contnue to be strongly inspired by a mythical universe with the amazon as a main figure and has worked with several genres including dadaism and fiction, during which the work Sin City came about as an epos of the comic strip by Frank Miller. In 2013 a picture from this work was chosen as one of the best in the category "Nudity" by Saatchi and Saatchi. Currently Philippe MÃ©rie is primarily occupied in performing his artwork but from time to time he is still engaged with artistical assignments commercially for film and theatre, recently for the Danish National Opera.

Planning exhibition in Copenhagen currently Philippe Merie is working to complete a series of artworks based on his many years of work as fine art photographer. The works exhibited in Soho, New York, Carl Hansen & Son's premises, 12 works on large format acrylic glass