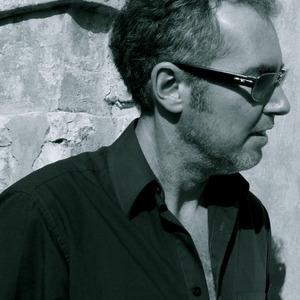 
“The mood is transformed by the changing light across the gold” John Sargeant
Barry Wilson trained at the Camberwell School of Art and was taught by influential artists such as Bruce Mclean, Cornelia Parker, Jock Mcfadden and Ian Mckeever.
“My aim with this set of pictures has been to emulate a faint image in an antique mirror or a creased and faded much loved photo. I believe the delicate, fragile beauty of the gold leaf finish belies the somewhat brutal techniques I employ. These include using industrial spray guns, scouring pads and water jets, scrubbing back the layers of paint to reveal the gold leaf base which seems to give the structure / framework of the painting. I believe the result is a vibrant and edgy captured moment; contemporary and beautiful.”
.
Barry’s highly distinctive paintings have been exhibited in major museum and galleries worldwide with international acclaim, winning the celebrated Saatchi award in 2012.

Studied at Camberwell School of Art


Like a reflection in an antique mirror or a much loved photograph, creased and
faded, Barry Wilson's latest portraits have a delicate, fragile beauty that
belie the brutality of the techniques he uses. Industrial spray guns, scouring
pads and water jets combine with traditional approaches and his trademark gold
leaf. The result, a captured moment, vibrant, edgy and contemporary yet
exquisitely beautiful.