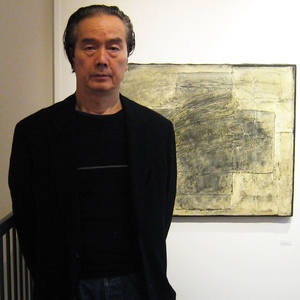 
I use all materials. I am also one material.
Nothing useless is in the world.
A life is given to all materials.
High-dimensional fusion by heterogeneous materials.
Creative spirit does not have the boundary of self and the others etc. While all circulates and changes,
everyday life is lived quietly.

Fusion of microcosm and macrocosm.