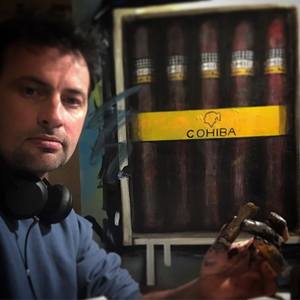 Freeman is a Brighton based artist that crosses the boundary between urban and contemporary art producing work that not only captures the essence of the object but brings it to prominence through his use of brash colour and fierce brush strokes. Not limited by the stillness of an object through his cubist approach he manages to insert an energy and vibrance into the mundane. Launching himself as a full time artist in 2013, and with a series of solo shows behind him, his work can now be found in private collections and is exhibited and represented by galleries across the UK .