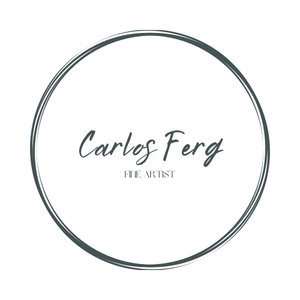 Carlos Ferg (1977) is a Spanish artist who has lived for ten years in Manchester (United Kingdom),
where he established his studio and from where he began his artistic career. Currently he has moved
his studio to Valencia, Spain.
After residing in various cities in Spain for part of his childhood... If you’re interested in commissioning this artist for a custom artwork, inquire here.