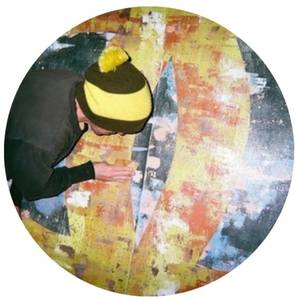 Originally schooled in Sign writing and later Scenic Art, in 2010 I began exploring and developing techniques in the treatments of typography by means of ( for example ) painting , sanding, masking and the overlaying of type and letter shapes.
The original concept of my work was inspired by various weathered sign written signs I had seen mostly high up on the sides of buildings in Melbourne's CBD and also on walls of it's surrounding inner suburbs.
It was around this time that I started developing more of an interest in vintage graphic design, package design and vintage typography, and whilst my explorations into letter treatment for the most part remained the same, the focus of my work broadened as I began to consider layout and design, spacial awareness and colour (and it's tones ).
By implementing these new concepts and coupling them with my ongoing explorations into typography, I was able to lay the foundations of the style of work that would follow and which continues to be a feature of my work today.