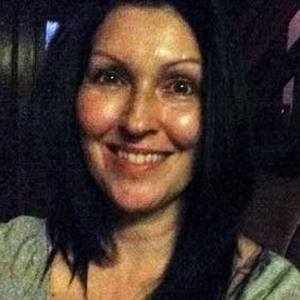 Ana Braga Always always praised the fine arts, painting since her childhood.
After devoting herself to graduate in a master’s degree in physics by the University of Campinas/Brazil she returned, gradually, to painting. In parallel to her professional and artistic development, she studied yoga, metaphysics, arts and Eastern philosophy, all of which began to influence her artwork.
Since 2010 she dedicates herself exclusively to painting, working in a successful partnership with the renowned gallery "Guimarães Galeria de Arte", on the city of Campinas/Brazil.
Ana Braga (1963) has her studio on a small farm near Sao Paulo, Brazil, where she works next to her most essential inspiration, nature.

The inspiration for my art comes from the spontaneous observation of everything around me. More than forms what captures my attention are the colors. Everything I watch is transformed into colorful landscapes in supraconsciousness designed scenes which refer to unrealistic places where I would like to be, inner secret garden, Paradise lost in time.
My artwork mainly portrays the nature that emerges in an explosion of colors, shapes and varied textures. The landscapes are represented in great detail through spirals, arabesques, geometric figures, contrasts of warm and cool colors and opaque / metallic / fluorescent.
The design of my work makes references to Oriental art, Art Deco and Brazilian Baroque and also considers the impermanence, movement and transformation, represented by spirals figures.
My essence as an artist is to bring joy to life, painting the exuberance, beauty and joy of nature, suggesting the contemplation of our own inner nature.
“Somewhere beyond right or wrong there is a garden. I will meet you there” - Rumi

"Ana Braga from Brazil is a good example of an artist that creates works with vibrant colors and trippy designs. One of her kaleidoscopic landscape pieces, a focal point of the show, is presented next. A rainbow of repetitive shapes, designs and patterns make up the vivid and attractive piece."