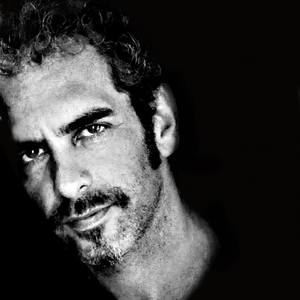 Andrea Chisesi, artist in Milan, has grown up in his father's designer atelier where he began to develop a particular love for colours and forms.
After Art school and Architecture at the university, he engaged a successful career as a fashion and portrait photographer.
In 1998 he opened his own studio at Porta Venezia in Milan where he worked mostly as a photographer but also started to experiment the "fusion" tecnique, a tecnique in which he mixes, in a very personal way, the art of photography with the art of painting.
Until 2008, portrait photography had been his main activity. His photos have been published in the most famous and glamorous magazines like Vogue, Vanity Fair, Max, Rolling Stone; during these years great characters such as Harvey Keitel, Robbie Williams Ken Follett, Steven Tyler have been photographed in his studio.
In 2008 he closed the photography studio and opened the painting atelier dedicating himself, on one side, to the fusions between photos and painting which he had always been cultivating and, on the other side, to the pure painting.
These two different artistic paths taken by Andrea are quite different ; on one hand a very rigorous planification of each piece is needed while on the other hand instinctiveness and spontaneity drive him to the final opera. From 2008 this last path leads Andrea to act live painting performance in front of his public.
It’s the need to be quick and sharp in his stroke especially while performing in front of the people that brings him to adopt the dripping technique and to use it even in the realization of the figurative subjects.
Even if the two approaches of fusions and pure painting are very different in the final effect, they share a lot in the preparatory phase.
After the success of these last three years at Italian exhibitions, Andrea Chisesi will be launched in 2014 in an international program by exposing his paintings and drawings at Miami, London, Malta and Pietroburgo.