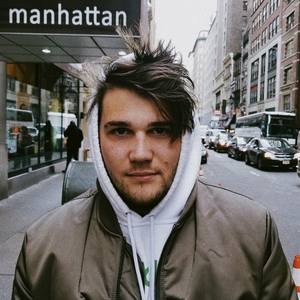 Born in New York City, to an immigrant father from Montenegro and an American mother from the midwest, Andree allows the beautiful cultural tension built from this upbringing to inform his work at every turn.

With imagery marked by brooding minimalism and an attention to graphic composition, carried over from his training as a painter, his approach to the image is both formalistic and human, focusing on story in equal measure to atmosphere and visual punctuation. His narrative and documentary film works have screened for audiences as far as Australia’s esteemed Flickerfest, the Dance on Camera Film Festival at Lincoln Center, and with his most recent film, "Punta Cana," as an official selection at such prestigious film festivals as Palm Springs International and Guanajuato International. His latest short film, “How to Say I Love You at Night,” a seventeen minute single-take story about two young men on a date gone awry is touring internationally, having visited numerous Oscar-qualifying festivals from Australia’s esteemed Flickerfest, the Palm Springs International Film Festival, to Manchester International, and finally, home in New Jersey’s International.

The Art Institute of Boston
Parsons, the New School for Design
The School of Visual Arts