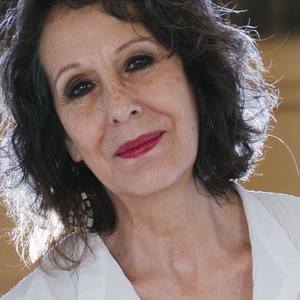 Antonia Guerrero is a multifaceted Mexican and American artist whose work revolves around issues of personal and cultural identities. She has been based in New York since 1999.

Born in the United States, to a Mexican father and Canadian mother, Guerrero was raised and educated in Mexico. Her mother, Bessie Galbraith was a pioneering advertising professional who helped promote an image of Mexico for foreign tourism. Antonia’s father, Jesus Guerrero Galvan, was a renowned painter and part of the Mexican Muralist movement of the 40s, 50s and 60s in Mexico.

Guerrero’s childhood was marked by an early exposure to the arts. Her mother raised her alone but made sure that visits to painters’ and writers’ studios, dance, concerts and theatre all were a part of her upbringing. Guerrero also traveled extensively throughout Mexico, to beautiful rural towns and indigenous communities that exposed her to many of the ancient sites of past civilizations as well as the colorful life of rural communities and traditions. Her professional life naturally sprung out of these early references which punctuate her artistic work in multiple ways.

Her estranged father’s early death propelled Antonia to commit to an art career. This loss intensified a search for a personal identity between cultures, the United States and Mexico. As a result, Antonia Guerrero, over more than four decades of artistic practice, cultivated an awareness of the intricate fabric of cultural idiosyncrasies stemming from historical, political, social and religious factors. All of these have been referenced to a greater or lesser degree in various art projects over the years.

Given this breadth of themes, Antonia established a multi-disciplinary approach to her artwork in which drawing is a primary and pivotal feature in relation to other media. Her recent installation projects combine drawing and video, the still and moving image as a way of shifting our visual perceptions.

Antonia Guerrero works with multiple media for her installation pieces combining drawings, lighting, video, performance and sound. She draws upon her Mexican and American backgrounds to explore themes of bicultural identities and ongoing cultural hybrids.

In 2019, Antonia was an Artist in Residence at Draw International in Caylus, France. Among other awards are the US-Mex Bi-Cultural Rockefeller Foundation Grant for her Performance Malintzin, the Valparaiso Foundation Artist Residency, Spain, the Pollock Krasner Foundation Grant, Cuts and Burns Media Residency, Penn State University Foreign Scholar Residency. She has also received awards from the Artist Fellowship, the Rauschenberg Foundation, Change, Inc. and the Mayer Foundation.

Recent group exhibitions include in 2018, Lost Horizons with a Drawing Installation at PS 109 Artspace. In 2017, her work was presented at the American Museum of the Cuban Diaspora, Miami, Fl., and “Uninhabited Rooms”, three artists working collaboratively. Other group shows were “Epiphany”, and “From the Corner to the Edge”, a group show of mixed media and multimedia both shows curated by Antony Dodds. The exhibitions presented at the new gallery space of El Barrio’s PS 109 Artspace in East Harlem.

Antonia for the last 45 years has been part of a Mexican sacred dance tradition known as the Danza de Concheros. She is a chieftain and works actively with several communities of men, women and children who seek to connect with their cultural roots and not lose their sense of identity.