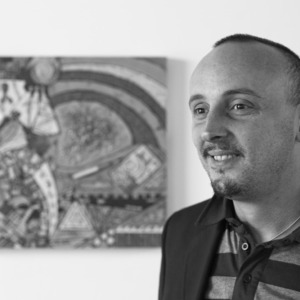 Since the early 1990s, my art work has involved the creation of conceptually based sociopolitical painting. In my work, I trying to put in evidence social/political issues.

My work also addresses roles/gender assignment; I need to put in evidence the fragility of human being by researching the realism and the future.

After a break of almost 10 years, started in 2001, in 2010 I decided to start over to exhibit my paintings and I identify myself into the Art Movement Thinkism.