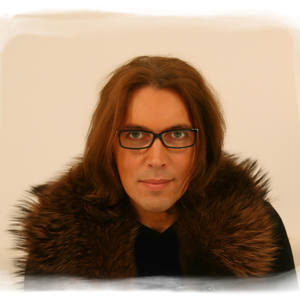 As of today Vadim Naidiouk in cooperation with Art Atelier Trésor successfully implements his ideas in paintings, sculptures, photography and art designs.

Vadim is a cosmopolitan citizen of Kiev and Paris and is widely recognized as a creative art philosopher both in painting and photography.

At early 1990s he emigrated from USSR to France and was lucky enough to live and grow as an artist at the legendary Paris’ squat at Rue Juliette Dodu. His first teachers were such notable Soviet nonconformist artists from Leningrad as Alexei Khvostenko, Yuri Gourov, Valery Klever, big influence on him had famous photographer Valentine Til’ Samarin, painters Alexandre Sacha Putov and Vitaly Statsinsky and other prominent personalities.
The exhibits and art performances at the squat were very well received by French art circles. During one of such exhibits, where Vadim’s paintings being displayed as well, he met René Guerra, the famous collector and expert of Russia’s cultural heritage abroad. Inspired by Vadim Naidiouk’s art, professor Guerra offered him to move from Paris to Nice and use Guerra’s family art atelier to expand artistic skills and talents. That patronage was crucial for Vadim Naidiouk’s life.

Since then he managed to conquer Cote d’Azur and Monte-Carlo, to participate in numerous solo and group exhibitions in France, Brazil, and, after returning to Ukraine in 1999, in all over his homeland. Vadim’s portfolio includes such projects as Cafe de France design in Paris, several art projects during Festival de Cannes, Music and Movie Awards art concepts, photography project in Brazil, Ukraine, South Africa and others.