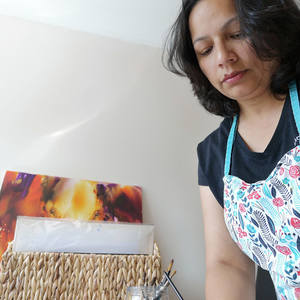 I am a self taught fine artist born in India and living in the UK. I paint my subjects in a stylised realism with expressive undertones. My work is mostly inspired by Nature and its creations; with colour, texture and emotion playing equally important roles. When I am not painting wildlife, I like to capture the energy of urban landscape through abstract painting.

Post Graduate in Humanities. Studied computer graphics and animation. Worked as an illustrator/animator in Delhi 1995-2010. Professional artist since 2011.

Upcoming exhibition in 2021 will be updated according to the lifting of Covid restrictions.