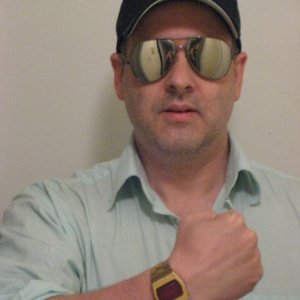 Anthony Jay Ptak is an altermodern artist and a composer born in Brooklyn, New York in 1970. He grew up near the Brookhaven National Laboratory and the RCA Radio Central testing facility. An inviolable autodidacticist, he has studied with Tony Conrad, Paul Sharits, Lydia Kavina, and Herbert BrÃ¼n, and had technical consultations with Robert Moog. He performed at the First International Theremin Festival. He has been a guest theremin artist under director Scott Wyatt at the historic Experimental Music Studios at the University of Illinois at Urbana-Champaign since 2000. He was appointed visiting researcher in 2001, and participated in the C4A Computing for the Arts initiative for Fine and Applied Arts at UIUC. He taught sound art and musique concrÃ¨te for new media artists at the School of Art and Design at University of Illinois at Urbana-Champaign. He has presented at Society for Electro-Acoustic Music in the United States (SEAMUS), School of the Art Institute, Chicago Cultural Center, St. Louis Art Museum, Krannert Art Museum, FFMUP Princeton University, Institute for Advanced Study in Princeton, New Jersey, Roulette Intermedium, The Kitchen, and Issue Project Room in New York. He was first introduced to the theremin in 1987 by improviser Eric Ross. He began playing an etherwave theremin kit 0017 in 1995. A. J. Ptak is a founding member of the New York Theremin Society. He currently resides in New York City and was a visiting scholar at NYU Department of Art and Art Professions. In fall 2008 he was admitted to the Interactive Telecommunications Program (ITP) at Tisch School of the Arts, (M.P.S. 2010.) He performed Live Bar-coding at NIME 2010 Sydney, Australia. In 2011 he joined adjunct faculty at NYU Department of Music. Anthony Ptak was diagnosed with brain cancer in 2011. Arts Disability Institute Artist 2017, Art Beyond Sight. Dis exhibition. The future of art is disabled.