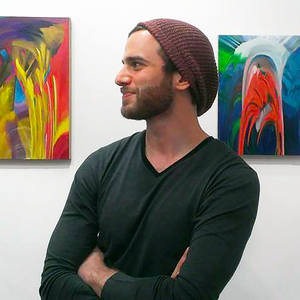 With an academic background in painting and philosophy, Benjamin is deeply interested in the use of art as actionable events within theories of knowledge. Benjamin's paintings are noted for their epistemic bearing in the questions that they invoke- problems within cognition, truth and the limits of knowledge are wrestled with and exposed. Concept, process and visual outcome align as one, producing work that witnesses through its own self-evidence. View each piece to learn more about the conceptual elements in their respective series.