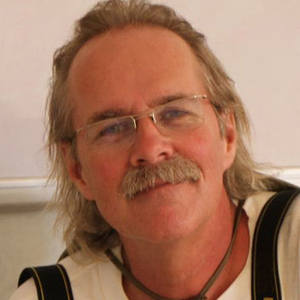 Barry Iverson is a former photographer for TIME Magazine. His work has also been published in such wide-ranging publications as National Geographic, New York Times, Life, People, Geo, Paris Match and Stern.

In 1985, he won a Fulbright Fellowship to research the history of photography in Egypt, and concurrently taught photography at the American University in Cairo. He has produced several fine art portfolios, including Egyptian Desert Views I & II, Cairo I & II, Sand & Stone, Comparative Views of Harvard, Comparative Views of Egypt, Aged, The Cinders of Gawhara Palace, Tahrir Square 2011 and The Tour. His work is represented by the LIFE Gallery, Townhouse Gallery and Sultan Gallery, and held in several public and private collections. Iverson published Comparative Views of Egypt (1994), and Egypt 1900: The View Through Postcards (1993), and written the biographies of photographers Van Leo, Riad Chehata, and researched the Hunt/Baker photographic partnership, the latter duo being the first Americans to photograph Egypt.

It was his research and study of 19th & 20th century photography and the early works of photographers like Frith, Greene, Du Camp, Hunt/Baker as well as the documentary work of Walker Evans which influenced Iverson's own vision and style. The desert landscape has been of particular interest to him for many years. He shot in large format 8x10inch for much of his early documentary work along with other film and digital formats. His latest body of work "The Tour" is a fictional narrative series shaped by photographic history, documentary work and cinematic influences. He continues to pursue his fine art work, as well as editorial and commercial commissions.