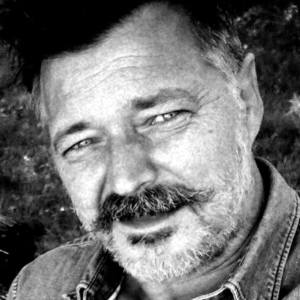 Graduate of the School of Applied Arts in Bordeaux and trained in the restoration of frescoes, Benoit Lumeau d'Hauterives has long shared his activity as a painter with that of an ornamentalist painter and even, sometimes, a sculptor or illustrator, claiming the right to be a "classic".
His works are immersed in the world around him; for this artist who is sensitive to the atmosphere of a place, the interior scenes are often a source of inspiration, whether they are the object of a private commission or of a place on which his gaze posed.

Passionate about drawing since his childhood, Benoît Lumeau Hauterives entered the Applied Arts of Bordeaux in 1985. After a brief theatrical experience in Paris, he is engaged as an apprentice in a workshop of restoration of frescoes and decorative painting recognized buildings of France and Historical Monuments in which he perfected his sense of drawing and discovered the techniques specific to restoration sites in places as prestigious as the church of Saint-Jean-de-Luz or the Grand Théâtre de Bordeaux.
Artist in search of spirituality, he enters the Dominican order (that of Fra Angelico!) From 1996 to 2000 and implements his know-how by participating in the restorations of the Saint Paul church in Bordeaux; In this context he was the initiator of the renewal of the Mass of Artists.
Passionate about decorative art, he settled as an ornamentalist painter when he left the Order of Preachers, using his training in academic drawing at the service of creation or restitution of ancient painted decorations, ranging from the Renaissance fresco to nineteenth-century panoramas. passing through the eighteenth grisailles or French ceilings ... His sense of perfection earned him the recognition of a demanding clientele, especially in castles such as Talbot or Pape Clément.
Never having left the brushes for more personal works, he also participates in some illustrative projects, including those of "forgotten kitchens" by SOUTH WEST or "Le Café" editions Aubanel.
Since 2018, Benoît Lumeau d'Hauterives has devoted himself only to his works on canvases ...