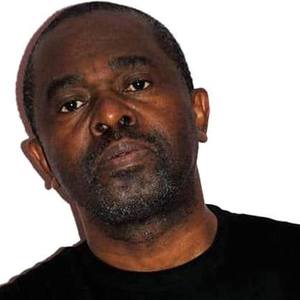 Architect,Artist,Pedagogue,
I was born in Lagos – the former capital of Nigeria, just after Nigeria proclaimed herself an independent entity. This was a time my father was working as a cook for some Italian specialist, who handed us the eating-with-fork macaroni heritage. My native village is called Ikot Ekong, meaning the family of warriors, located some 18 kilometers from the shores of the Atlantic ocean on the south eastern delta region of the country. My childhood memories harbor vivid moments of feats that would later be classified as artistic manifestations. Everything about Arts came to me so naturally: If my maternal uncle’s weaving of the cane baskets and chairs, or my father’s later being a photographer or even my paternal uncle’s love for hot jokes were anything to be termed Artistic- these were only to be discernable to me later in life, when self-awareness would lead to analysis of the genetic concoction, that molded into substantiality that being that is now me.
I spent my childhood shuttling between the village and the slums of the then capital city- Lagos, thereby satisfying my father’s desire to see his children well rooted in their tribal soil. One such trip in 1966 to the village, sealed us for almost three years from our father who was out there in the capital, when the Nigerian civil war broke out in 1967. Memories of village women returning from the farm, a constant sight as the African sun sets, was to later become a powerful source of inspiration and motifs for my creative Arts. My father’s being a photographer heightened my level of anthropomorphic appreciation; this would later give me an edge over other architecture students during renderings with human figures. My studies at the secondary school saw me presiding over an Arts club in a college that had no Fine Arts in its curriculum, and also saw me in the 4th form sitting externally for GCE Fine Art exams and scoring a C6 for this subject that I had never been classically taught. My parents wanted me to be a Medical Doctor, so, my gaining admission to the Polytechnic in 1981 to read Biochemistry was seen as a stepping stone to this dream. One evening, I had strolled to the architecture department and stumbled on sketches scattered on the floor of the studio. I picked them up and exclaimed “Boy ! This is what I can do”, this moment changed everything in me. The next day, I went to the Dean of the Biochemistry faculty and told him I would love to change to the Architecture department. He told me I could only do that the subsequent academic year. I had to continue with Biochemistry till the end of the year, bearing with equanimity the pains that the futility of my endeavor brought.
I transferred successfully to the first year of Architecture the next year, my joy had no limits, and for the first time in my life, I could draw and be formally assessed. On completing the ordinary Diploma, and working in 1985, I got a scholarship to study Architecture in the then Soviet Union, completed my MSc. in 1991 and Ph.D. in 1994. While in Moscow For the preliminary defense in 1995, I had brought along some of my paintings and in a bit to raise some money for my up keeping, I visited several Art galleries, the interest they showed towards hosting my personal exhibition fuelled me up. My Visa was expiring and had even no money to frame my works. I returned to Kazakhstan after three months and said to myself ‘if Moscow could recognize me, why wouldn’t Almaty’. This feeling flared my desire to hatch out as a full-fledged Artist. Six months later with the moral assistance of a one-time Kazakhstan Deputy minister of culture, I had my first Art exhibition, that I called “The Return”, seeing this as the return to myself as an Artist.