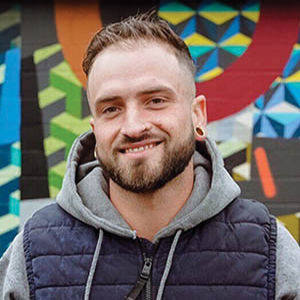 Born in Pontiac, Michigan Brian Lacey’s foray into the art world began at a young age and continued to grow through out his youth. Advancing to earn his BFA from The College of Creative Studies in Detroit, Michigan, Lacey became a common name after his residency at Red Bull House of Art, and Fortress Studios. He has been featured in both digital and print publications such as Mass Appeal, and Huffington Post.

Lacey's artwork has been exhibited in high end galleries through out the United States and abroad such as, Inner State in Detroit, #Hashtag in Toronto, and SPACE WOMb in Manhattan, NYC. His artwork has been shown along side established artists such as James Marshall, Mike Giant, Remi Rough, and Ron English. Lacey was also selected to exhibit in the Luciano Benetton Collection in Venice, Italy.

Lacey has been commissioned to collaborate artistically by some of today's most well know brands such as, American Express, Heineken, Red Bull, and Sierra Mist.

BFA Illustration from the College for Creative Studies in Detroit, Michigan.