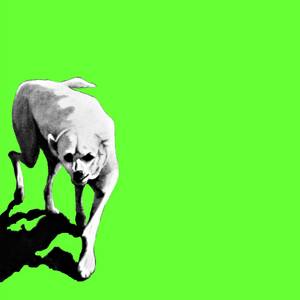 Postmodern ideology strongly influences my work. In the post-script to his novel “The Name Of The Rose”, author Umberto Eco eloquently explains the relationship between Modernism and Postmodernism perhaps better than anyone else has.

Eco states, “I believe that postmodern is not a trend to be chronologically defined, but, rather, an ideal category …a way of operating …The avant-garde destroys, defaces the past: Les Demoiselles d’Avignon is a typical avant-garde act. Then the avant-garde goes further, destroys the figure, cancels it, arrives at the abstract, the informal, the white canvas, the slashed canvas, the charred canvas. In architecture and the visual arts, it will be the curtain wall, the building as stele, pure parallelepiped, minimal art; in literature, the destruction of the flow of discourse, the Burroughs- like collage, silence, the white page; in music, the passage from atonality to noise to absolute silence (in this case, the early John Cage is modern).
But the moment comes when the avant-garde (the modern) can go no further, because it has produced a metalanguage that speaks of its impossible texts (conceptual art).

The postmodern reply to the modern consists of recognizing that the past, since it cannot really be destroyed, because its destruction leads to silence, must be revisited: but with irony, not innocently. I think of the postmodern attitude as that of a man who loves a very cultivated woman and knows he cannot say to her, “I love you madly,” because he knows that she knows (and that she knows that he knows) that these words have already been written by Barbara Cartland. Still, there is a solution. He can say, “As Barbara Cartland would put it, ‘I love you madly’.” At this point, having avoided the false innocence, having said clearly that it is no longer possible to speak innocently, he will nevertheless have said what he wanted to say to the woman: that he loves her, but loves her in an age of lost innocence. If the woman goes along with this, she will have received a declaration of love all the same. Neither of the speakers will feel innocent, both will have accepted the challenge of the past, of the already said, which cannot be eliminated.; both will consciously and with pleasure play the game of irony. But both will have succeeded, once again, in speaking of love.”

BFA University of Illinois at Champaign-Urbana