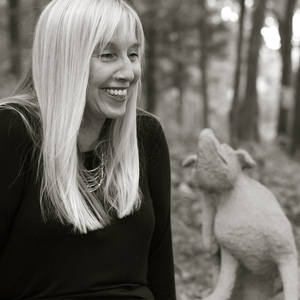 ** A NOTICE TO COLLECTORS**
I am still producing prints in limited editions but production time due to COVID-19 is a few weeks longer than normal.

I'm a New Yorker transplanted to Nashville and have lived in the south for the last nine years. My work lies somewhere between illustrative narrative, photography, and collage. Imagery is stripped down to its most basic elements, light and texture. Details are taken away then integrated back into the artwork to shape new composite works. Forever analyzing the enigma of being human, I continuously construct and deconstruct the boundaries of my photographic world.

There has been a natural progression for me to move from 2D art into 3D, AR and VR and experimental animated film. My first animated non narrative short will premiere at Aggregate Space Gallery's 2nd annual film festival in July 2018. and a new multi media video installation speaking to the will be exhibited during 2018 ArtPrize in Grand Rapids, Michigan speaking to survivor experiences of human trafficking. Tinney Contemporary in Nashville Tennessee will be showcasing my installation Close Encounters in Virtual Space, a solo show displaying alternative modes of artwork that go beyond the physical space of the gallery, moving into video, augmented and virtual reality in January 2019.

I've produced a number of installations including portraiture of iconic and contemporary artists that are now a part of the permanent art collection at Nashville’s Country Music Hall of Fame. Other select installations include a profile of Girl With a Scar at Tennessee’s Custom’s House Museum and several large format public works at Nashville’s International Airport.

A recipient of the Woman Art Award 2017, for the Women’s Essence Show, Espace Cominnes, Paris, France, my work can be found in collections and corporate installations throughout the United States and Europe.

A new project exploring the world of nanofiber technology inspired by Harvard’s Kit Parker and his invention of a cotton candy and rotary jet spinning technology.
Merging art and science, I'm collaborating with Harvard's bioengineering department, spinning nanofiber canvases as backdrops for a new series. Based on a fact finding and artistic journey, this new Stasis series merges art with science and presents the exquisite infinite, universe of the microscopic nanofibers along with Kit's theory on Neurofashion, Nanofiber and the Little Black Dress.

A Thousand Hands A Million Stars.

A Thousand Hands: A Million Stars is a creative, collaborative effort uniting visual art, poetry, music and song created and performed all by women as a vehicle to bring awareness, empowerment and a voice to those that have been rendered silent and hopeless by their experience in human sex trafficking. In doing so, the women artists are partnering in a cause championed by multiple organizations dedicated to the healing of survivors of trafficking. Outside of awareness, the artistic, literary and musical project is designed to illicit a genuine emotional response and empathy for an often misrepresented and misunderstood issue. An in-person experience of the cross-collaborative efforts may serve as a force for change in perceptions, support and help for the survivors of human sex trafficking.

The artists of “A Thousand Hands: A Million Stars” have taken inspiration through survivors’ experiences and stories, contributing to personal narratives of their journey in, through and out of human sex trafficking in hopes of providing visibility to the invisible victims and the power of recovery and healing. This project is interactive, community-driven, collaborative and speaks to civil and city issues with human trafficking.

An exploration of alternative modes of artwork that go beyond the physical space of the gallery. Two dimensional art will become a portal to view hidden stories, expanding with moving images using augmented and virtual reality.

ArtTechPsyche II returns to Harvard on April 14, 2016. This event celebrates human expression at the intersection of technology and the arts. Harvard Digital Arts and Humanities (DARTH), in collaboration with the Harvard Library and the Digital Futures Consortium. A day of immersive digital experiences, art exhibitions, technology demos, and visionary speakers.